The beauty of baseball is its unpredictability. Any player in any game can achieve the impossible. Teams can also surprise. Regardless how knowledgeable you are about the game, even experts are not always able to predict baseball.

Ozzie Smith was never a power hitter, he hit 28 home runs in 19 seasons. No one predicted Smith would hit the game winning home run in Game 5 of the 1985 National League Championship series. Jack Buck’s memorable call of “Go Crazy Folks” sealed the home run in baseball history. Smith did not hit another home run until May 31, 1988. Unpredictable.

Phillip Humber’s 16-23 record and 5.31 ERA are unremarkable, yet on April 21, 2012 he was perfect. Perfect Games are unpredictable, but Humber’s was almost impossible. Ineffectiveness after perfection forced Humber out of the Majors in 2013.

Prior to each season experts, and The Winning Run, predict which teams will make the Postseason and win the World Series. This season 18 of MLB Radio’s experts made predictions. As expected some were right and some wildly wrong. However, their mixed prediction results have a glaring hole in one particular Division.

Some predictions are easy, some are not. (MLB Radio)

The experts loved the Yankees, good call, and the Red Sox, not so much, in the American League East. New York has won the Division, but once again Tampa and their 92 wins got no love. Tampa’s low budget machine produced another winning teams while Fenway’s big budget will sit at home in October. The American League Central was predictably a two team race between Cleveland and Minnesota. The rest of the Central will finish at least 25 games back, the experts picked the wrong team as the Twins lead the Indians by four games. They knew the contenders, but picked them in the wrong order. The American League West was easy, 18 of 18 picked the Astros. Good Call.

The National League Central was a toss up between the Brewers, 2 of 18 experts, Cardinals, 5 of 18, and Cubs, 11 of 18. These teams have battled all season with the Cardinals taking control as Milwaukee continues fights on without Christian Yelich and the Cubs fade away. 10 of 18 picked the Dodgers in the National League West. Oddly the other eight picked the Rockies, who are heading for a last place finish. Ouch.

The shocking ineptitude of the experts is the National League East. All 18 experts whiffed on the Division, as none predicted the reigning Division champion Braves would repeat. The Marlins predictably struggled, leaving just four teams. The favorite in the East was the Nationals. A rotation of Max Scherzer, Stephen Strasburg, and Patrick Corbin should deliver a Division title. The Phillies added Bryce Harper and J.T. Realmuto. This firepower in the Philadelphia lineup should have made them at least competitive. The rebuilding Mets got one vote from Rob Bender. No love for Atlanta. 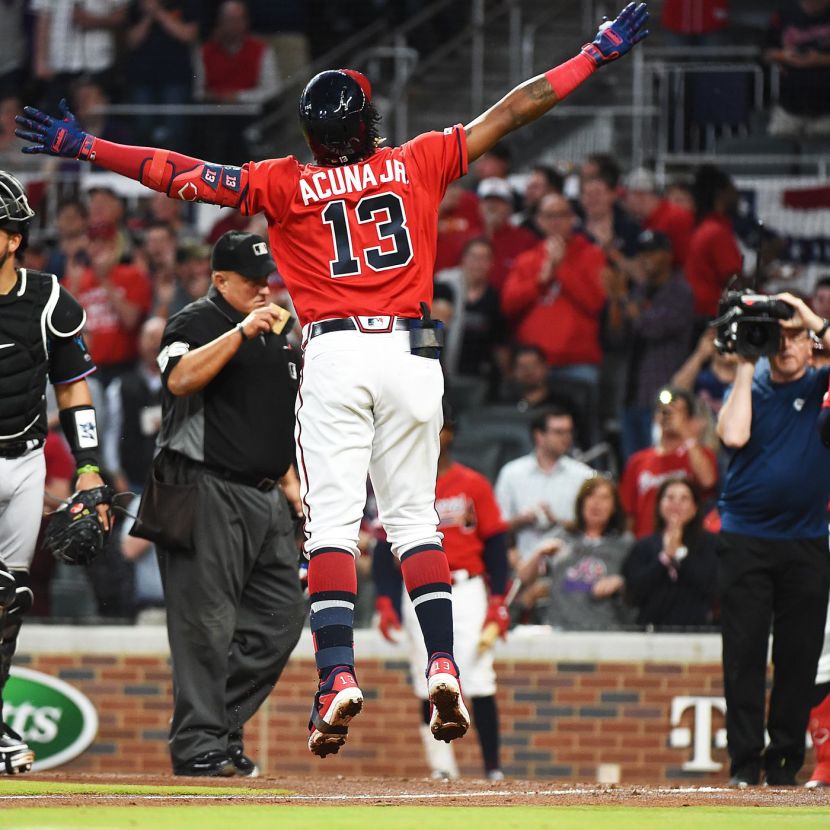 Ronald Acuña has emerged as a potential superstar in Atlanta. (FOX Sports Florida)

The Braves did not lose or add a superstar, they tinkered. Atlanta’s biggest move was signing Josh Donaldson for one year. A full season from Ronald Acuña also helped. Predicting baseball is hard, but one would think at least one expert would believe in the defending Division champions. The team steadily improved before winning the East by 8 games over Washington. The Nationals can win 90 games and look poised to return to October as a Wild Card.

Ultimately teams simply want to make the Postseason. Every team has a chance to reign supreme in October baseball. Winning the Division as easily as Atlanta has in 2019 should give experts pause about their predictions in the future. Teams can have surprisingly good seasons, but Atlanta simply improved on their 2018 season. Baseball is unpredictable, but give credit where credit is due. The experts did not believe the Braves were real in 2018 and predicted their demise in 2019. Experts may understand the game better than most, but baseball always follows its own unpredictable path. This is what makes it the greatest game.