Despite producing the 2015 World Series champions, the Kansas City Royals, the AL Central was a relatively weak division. The White Sox were streaky. The Indians started picking things up in the second half of the season but couldn’t overcome the deficit they built up in the first half. The Tigers just…struggled. The Twins made it clear they are on the rise but just aren’t ready for the spotlight yet. There are some interesting pick ups so far though that have the potential to make big waves in the coming season.

Jordan Zimmermann should help the Tigers rebound from a rough 2015. (www.dodgersbeat.com)

Todd Frazier and Jordan Zimmerman make up the two big moves in this off-season so far. The White Sox were in the bottom five of the league for total HRs and RBIs so they needed to get a big bat into their lineup. Todd Frazier also brings a good glove to support Jose Abreu at first base or he can play third base everyday. He even brings a boost in stolen bases which the White Sox were also well below the league average in 2015. 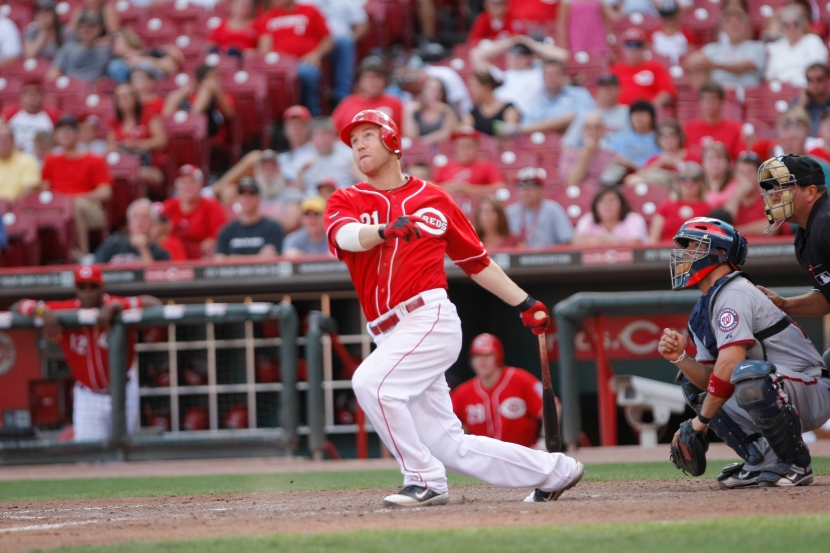 The Tigers picked up a new arm to back up Justin Verlander and make up for the loss of David Price. With 164 strikeouts and 201 innings pitched in 2015, Jordan Zimmerman can help the Tigers shore up the rotation and protect the bullpen. Detroit’s defense played relatively well in regards to fielding so the Tigers did well in getting Zimmerman. Detroit’s defense, compared to the rest of the league had a good fielding percentage and low number of committed errors so Zimmerman’s addition to the rotation should tighten up the defense even further.

The AL Central gave us a rollercoaster of streaky play with plenty of blowouts to enjoy on both sides. The Tigers were disappointing, the Twins were surprising, the White Sox could be depressing, the Indians fought the good fight but had too high a mountain to climb, and the Royals fulfilled their promise.  The AL Central was not the most exciting division in baseball, but it showed the full range of emotions a team and fan base can experience throughout the course of a season.

BL – They won the World Series in rather decisive fashion. They’ve got solid pitching with Wade Davis ascending into the ranks of elite MLB closers. They don’t need big power hitters as long as they can keep moving guys through the bases. This is as balanced a team as there is out there. So much so that losing a great utility player like Ben Zobrist isn’t likely to affect their chances of winning this division again.

DJ – The biggest strength the Royals have is team cohesion and trust.  The last two seasons have seen them get to the World Series twice and win it once.  Kansas City needs to stay hungry. The Royals always knew the next guy in the lineup would move them over or get them in, and this belief shows. In 2015, Kansas City’s team Batting Average with runners in scoring position was .281. Their opponents hit .240. The Royals team Batting Average with runners in scoring position with 2 outs was .278, while their opponents hit .196. Kansas City is playing team baseball beautifully. They should continue this in 2016 by replacing Zobrist with the sum of their pieces not just a single player.

BL – The Twins picked up Byung-ho Park which raises the question about Joe Mauer’s future. But I think they really need to focus on putting together a good rotation of young talent to build on. I feel like pitching is the aspect of the game that can’t be more effectively purchased than developed through scouting, drafting, and minor league coaching. Arms burnout and you don’t see as many pitchers getting into their late 30s as gracefully as their batting/fielding counterparts. 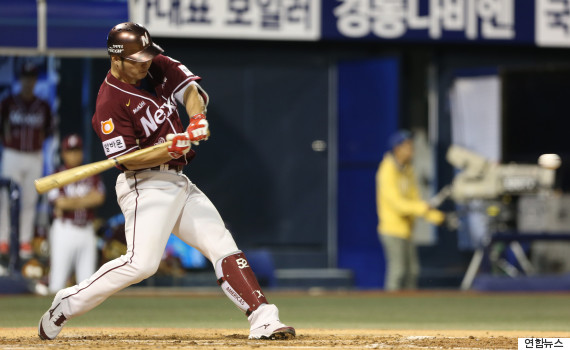 Byung-ho Park should help the Twins to start hitting and enter the playoff conversation. (www.koreatimesus.com)

DJ – The Twins finished over .500 and second in the division. A full season under his belt, Manager Paul Molitor will be better at making moves, in and out of the game. Minnesota’s biggest weakness is simply getting base hits. Joe Mauer had the worst batting season of his career, yet still led the Twins with a .265 Batting Average. Simply getting more hits will score more runs and take pressure off the pitching staff and defense. The Twins are close to making a run at the playoffs, they just need to hit the ball more. Adding Byung-ho Park, and his career .281 Batting Average is a good start.

BL – Cleveland had a .477 win percentage in first half of 2015 and a .534 win percentage in the second half. But the season win percentages have been declining under Terry Francona. I don’t see the Indians with the same history of developing players like the Twins. With the smallest payroll in the division, Cleveland management needs to either get ownership to loosen the purse strings or start developing their farm system. Corey Kluber is the lone star of the rotation which doesn’t bode well for the long term and picking up a solid number 2 pitcher and a 25+ HR hitter might be the best way to go. Derek is going to disagree about the Indians’ rotation but I don’t think the younger guys are going to develop their weaker pitches while pitching in the majors and that’ll make them one, may two, trick ponies who’ll get eaten up by some hungry AL bats. 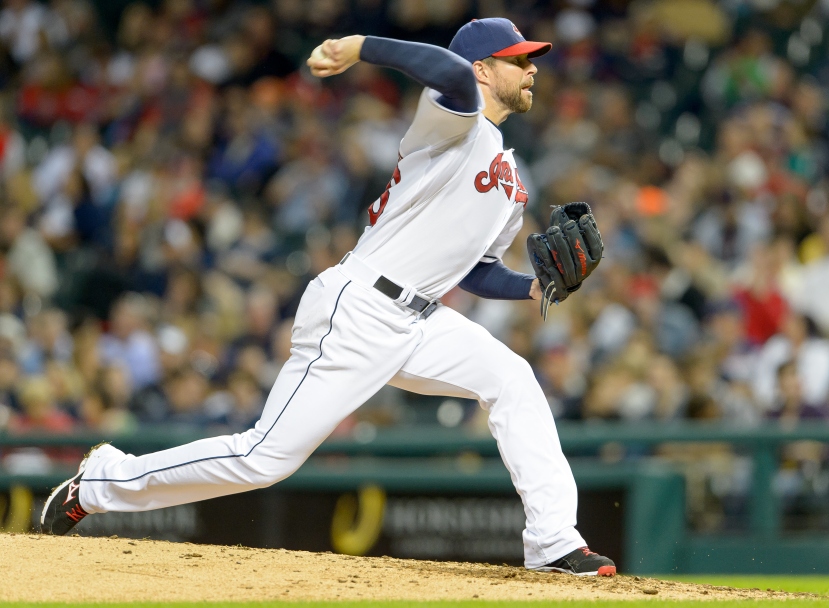 Corey Kluber is the backbone of the Indians rotation that could lead Cleveland to success in October. (Getty Images)

DJ – I passionately disagree with Bernie. Cleveland has its work horses that should make it a contender in 2016. The four man rotation of Corey Kluber, Carlos Carrasco, Danny Salazar, and Trevor Bauer all made at least 30 starts in 2015.  The Indians have youth on their side, at the start of the 2016 season Kluber will be 29, Carrasco will be 29, Salazar will be 26, and Bauer will be 25. Each pitched at least 175 innings and combined to have a 3.76 ERA. The foundation is there in Cleveland, the Indians just need to keep those young arms healthy and maintain a solid bullpen to support this fantastic pitching rotation.